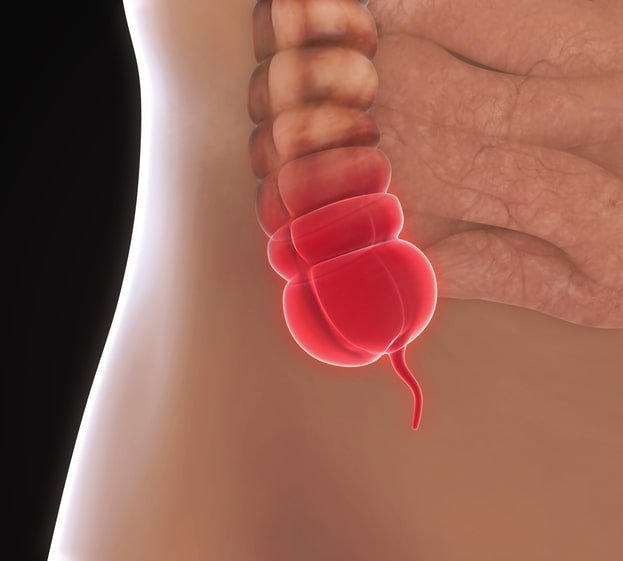 Abdominal pain can stem from a myriad of issues. Previously, I wrote about the difference between gastric pain and a stomach ulcer, in which the latter can stem from recurring gastric pain or gastritis if left untreated. Recently, I’ve been receiving a number of younger patients with bad abdominal pain and many were not able to pinpoint what exactly that pain was — though several of them thought it was gastric pain or pain caused by gas. After some tests, we found out what they were experiencing was actually appendix pain, or appendicitis.

I can see how appendicitis can be confused with other types of stomach pain like gastric pain, especially among teenagers. But once you find out the key differences between the two conditions, you’ll be able to better help yourself or your child determine if there’s a need for a medical emergency.

Appendicitis is an infection and inflammation of the appendix, a small finger-shaped pouch that descends from your large intestine on the lower right hand side of your abdomen. For most people with appendicitis, pain usually starts from the belly button and then moves to the lower right side.

Appendicitis is usually caused by a blockage in the obstruction in the appendix, hence causing the infection and inflammation. This blockage may be the result of a build up of mucus, parasites or in most cases, fecal matter.

Anyone can develop appendicitis, but most often I see it happening in people aged 10-30.

What happens if I don’t treat appendicitis?

Many think the pain from appendicitis will go away, just like gastric pain. But this is not true at all. The pain usually gets worse than it initially was, and sometimes any relief might actually be a sign that your appendix has already ruptured. See, the only way to treat appendicitis is by surgically removing your appendix, and the surgery must be done almost immediately. Often patients are hesitant, which I understand because any type of surgery should be taken seriously — especially if it needs to be done at such short notice.

But if left untreated, appendicitis could lead to your appendix rupturing. How long does this take? Anywhere between 36 and 72 hours from the time you first notice symptoms. Once your appendix bursts, all the bacteria trapped inside your appendix can spill into your abdominal cavity, resulting in a life-threatening condition known as peritonitis.

Now, the tricky thing here is many patients won’t know their appendix has ruptured till much later, because warning signs may be delayed for a few hours. In between, you might feel some pain relief — but that’s only because once your appendix bursts, all that pressure causing the pain is relieved.

How can I differentiate gastric pain and appendicitis?

Both gastric pain and appendicitis can carry similar symptoms, such as abdominal discomfort, flatulence, diarrhoea and even loss of appetite.

However, here are 4 key telltale signs of appendicitis:

1. Pain on the right side of your abdomen

Sudden pain localised around the right side of your abdomen is probably the most jarring sign of appendicitis. This pain might worsen if you cough, walk or make jarring movements. However, do note that the site of your pain may vary depending on the position of your appendix. For some, their appendix is located around the back, so they might feel lower back pain or pelvic pain. Also do note that pregnant women may experience pain that’s coming from their upper abdomen since the appendix is higher during pregnancy.

Since appendicitis is the result of a blockage of your intestines and infection of your appendix, this condition often causes an upset digestive system. You might experience nausea and vomiting with gastric pain too, but the key difference is with gastric pain, often vomiting helps relieve the pain. With appendicitis however, the vomiting may be consistent especially if you try to eat.

3. Constipation and inability to pass gas

You might feel the need to poop or pass gas but are unable to do so due to an obstruction of your bowels. Gastric pain on the converse can cause diarrhoea.

If you have a low-grade fever with any of the symptoms listed above, it might be a sign that your appendix requires attention.

Do not eat, drink or even attempt to use laxatives, as doing so can cause an inflamed appendix to rupture.

Gastric pain is often easily resolved with medication as well as diet and lifestyle changes, but appendicitis on the other hand requires surgery. No other alternative should and can be considered. Surgery for appendicitis is called an appendectomy, and I recommend it to be done via a laparoscopic keyhole surgery.

Unlike traditional open surgery, a laparoscopic keyhole surgery involves making just a few small incisions and the use of a thin, flexible tool called a laparoscope to help guide me in removing the appendix. If you are pregnant, a laparoscopic appendectomy would definitely be safer with lower risks of complications.

Colonoscopy in Singapore 2021 by Dr Ganesh Ramalingam: All you need to know 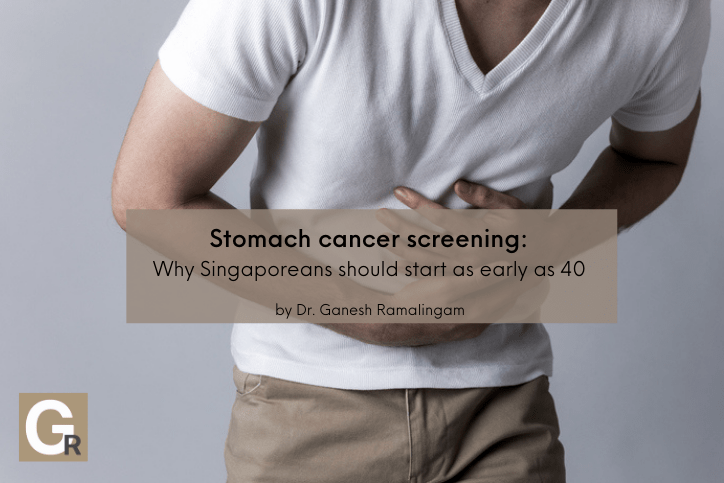 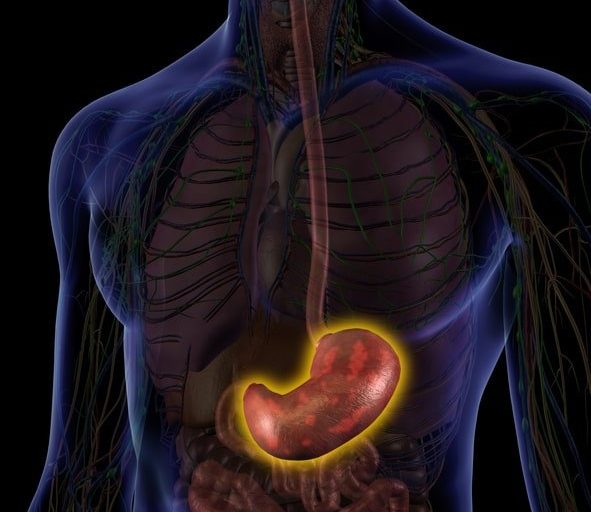 Dr Ganesh Ramalingam: How do I differentiate gastric pain from a stomach ulcer?